Books for Breakfast, on the Train, on the Jeep 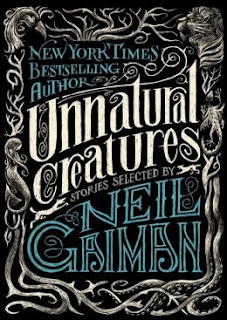 Only P350 at Fully Booked, Eastwood, but one of the most enjoyable reads I'd come across in quite a while.

The oldest story in the collection, "The Griffin and the Minor Canon" (by Frank R. Stockton), was published in 1885--and the newest,  Nnedi Okorafor's "Ozioma the Wicked"; "Moveable Beast" by Maria Dahvana Headley; and "The Manticore, The Mermaid, and Me" by Megan Kurashige, appear first in this 2012 anthology. Other newer pieces that I'd come across before--Gaiman's "Sunbird" (2005); Nalo Hopkinson's "The Smile on the Face" (2004); and E. Lily Yu's "The Cartographer Wasps and Anarchist Bees" (2011) grace the collection. Chrestomanci also makes an appearance, via Diana Wynne Jones’ "The Sage of Theare" (1982).

The oldest stories ("The Griffin and the Minor Canon"; Edith Nesbit's "The Cockatoucan" (1900); Saki's "Gabriel-Ernest" (1909)), I found surprisingly contemporary--as was the mid-twentieth century "The Compleat Werewolf" (1942), by Anthony Boucher. The last, a novella-length piece, had a faux-noir feel and was absolutely ridiculous. It came across as a parody of the noir genre. I could not believe it was first published in the middle of World War II. I also enjoyed Larry Niven’s time-travel story, “The Flight of the Horse”, for similar reasons: Not only was it very contemporary in concerns and style; it was hilarious too. Actually, these were the stories that I enjoyed the most. Others that I enjoyed were the rough, but ultimately satisfying “Moveable Beast”; "Sunbird”: "The Smile on the Face"; and the story that closes the collection, “Come Lady Death”.)

"Prismatica", by Samuel R. Delaney, published in 1977 was very trippy and did give off a very 1970s-vibe, but is an engaging pirate-fantasy nevertheless. Another piece published in the '70s--Gahan Wilson's ---^----^---- (well, the title looks something like that) has no '70s vibe whatsoever. Instead, it gave off an "old English manor by the moor" feel. I thought Avram Davidson's "Or All the Seas with Oysters" (1958)--Is this a killer bicycle or not?--was interesting and reminded me a bit of old Twilight Zone episodes.

Peter Beagle's "Come Lady Death" (1963), which closes the anthology, was quite the perfect tale-- a perfect ending to a strange, varied, wonderful collection that does not take itself seriously at all--and that, to me, makes it worthy of every reader's serious consideration.
Posted by tintautology at 9:49 AM